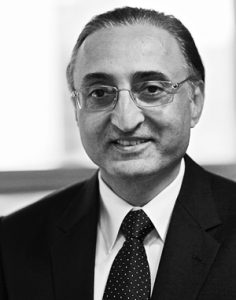 When Karam Butalia started work at Standard Chartered Private Equity (SCPE) in 2002, he was handed $300 million and a blank canvas. The bank had a strategic interest in Asia, Africa and the Middle East, and a cluster of existing PE and VC interests, but as global head of the newly created division, he was tasked with plotting a course. Geography, transaction type – it was all up for debate.

“We were given flexibility to develop the business & it was a wonderful situation to be in,” recalls Butalia, who set up an independent private equity firm with Vibhav Panandiker, known as KV Asia Capital, in 2010. “They would have stopped us going into South America, but likely not Africa. However, we felt the best opportunities were in Asia.”

After nearly a decade spent learning the equity business, going from investment banker to growth capital investor to buyout professional to venture capitalist, Butalia had developed a reasonably clear idea how he wanted to proceed.

SCPE’s debut deal was a $213 million buyout of Natsteel in conjunction with ‘98 Holdings, GEMS and Temasek Holdings – the first competitive takeover of a Singapore-listed company in seven years. Although the private equity unit participated in minority investments, this kind of control transaction increasingly became the norm. “I was beginning to develop a bias for control and that has since become even stronger,” he says.

Butalia started out with a blank canvas of his own, having moved from India to Nepal and then to Indonesia in the 1980s to further a career as a commercial banker. Citibank had been his employer since 1978 and, after rising to group head for Indonesia, he made the switch to investment banking in Hong Kong in 1993. From there he went to the private equity division, then known as Citicorp Capital Asia.

These were the nascent days of PE in Asia and Citicorp involved itself in a wide range of activities, including post-Korean credit crisis carve-outs, pre-dotcom bust tech deals, Chinese manufacturing investments and Southeast Asian consumer plays.

Perhaps the most unusual of these initiatives was a joint venture fund with Raymond Chow’s Golden Harvest, the Hong Kong film production group that discovered Bruce Lee and Jackie Chan. The fund backed The Soong Sisters, a 1997 film starring Maggie Cheung, Michelle Yeoh and Vivian Wu, which was commercially successful yet its investors only managed to break even.

“Unfortunately, I didn’t get a chance to oversee the movie production – that was for senior management – but I got to understand the business model,” Butalia says. “Money goes to the production house and the suppliers who make the movie; then it’s distributed and some of the box office revenues go to theater chains. You have to understand who owns what, and in that way it’s a business like any other.”

Not long after Citicorp had given birth to CVC Asia Pacific, signaling the advent of the buyout era, Butalia changed tack and had a brief stint as a venture investor for Citicorp – long enough to know that, as economist rather than a technology enthusiast, VC wasn’t for him. This was followed by six years at SCPE.

KV Asia represents both a step into the past and a step into the unknown. As a Southeast Asian private equity firm, Butalia finds himself back where he started with Indonesia a primary focus. The fundamental changes the country’s economy has undergone in the intervening years are plain to see from how Butalia lists the risks present pre-1998 – a high debt-to-GDP ratio, a large fiscal deficit and a weak balance of payments, in addition to the foreign currency mismatch – and the current strengths.

“The debt ratio is in the mid-20s, the fiscal deficit is less than 3% and the balance of payments deficit is under control,” he says. “The other key factors are the transition to democracy, which has made the country very institutionalized, and a lot more vitality in terms of professionalism. Indonesia industrialized in the 1980s, so you have entrepreneurs out there and the buyout opportunity is attractive.”

In this environment, Butalia and Panandiker – who was previously at J.P. Morgan – see an abundance of mid-market buy-and-build opportunities.

He claims to be no fan of IPOs for control investments for two reasons: the GP is required to retain a significant shareholding and sell down over a couple of years; and companies with a market cap of less than $500 million are overlooked by the brokerages and struggle for liquidity. The preferred option is exiting in one go to larger private equity investors or strategic buyers, and there are plenty of both looking for greater Southeast Asia exposure.

The step into the unknown is that, after years working for captive private equity funds at Citicorp and then SCPE, Butalia now has to cultivate a traditional LP base under his own brand. “”Setting up an independent firm has been great fun and a good learning experience,” he says. “This is what is right for me at this time. We want to make KV Asia into a brand that becomes the benchmark in Southeast Asia.”